Happy New Year! And let’s just hope it’ll be better than 2016. And like I said last year, we’ll begin with my very first request: Inca for DOS.

Inca is an action-adventure game made by French developer Coktel Vision and published by Sierra On-Line. Originally released in 1992 for DOS in floppy disk format and re-released a year later in CD-ROM format for DOS and CD-i.

Inca is one of those games that I’ve heard a lot when growing up, but never had an opportunity to play it until recently.

It had some success when released but it was kind of forgotten throughout the years. It did develop a small cult following due to its premise: you play as El Dorado, an Inca warrior, who has to fight the evil Spaniard Conquistadores. Sounds like an edutainment or historical fiction title, right? That was also my thought when I first saw this box art:

That’s a Tumi, an Inca ceremonial knife and perhaps the most important item in the game.

But then, I saw this cover:

The second cover looks something out of a Doctor Who episode. And you haven’t seen the rest of the game yet.

The intro looks like something out of The Mysterious Cities of Gold (yes, I know I’m old), albeit a bit stranger (like an Inca head turning into a flute stranger).

You start in an asteroid accompanied by the spirit of Huayna Capac (with his head back on somehow), who’ll guide you throughout the game, giving (useless) hints. You also have access to a sound test (where you can hear the New Age style soundtrack) and a dictionary for the several terms in Quechua (Inca language) you’ll come across.

One of the several puzzles you’ll encounter in the game.

The game is divided in three sections: a dogfight section, where you’ll take control of your ship and either avoid asteroids or fight against Spanish spaceships and the aforementioned galleons; a maze section, where you walk inside temples or one of the galleons and fight the Conquistadores with a futuristic gun of sorts; and a puzzle section, where you have to solve all kinds of puzzles based on Inca rituals.

The action sections aren’t really that hard once you get the hang of it. The hard part comes when trying to find your way throughout the mazes because the walls and the doors all look the same. Luckily you have a map which can be accessed by pressing right-click in your mouse. But it’s the puzzles that are the hardest part of the game because it involves taking notes of all the hints available and a lot of trial and error. 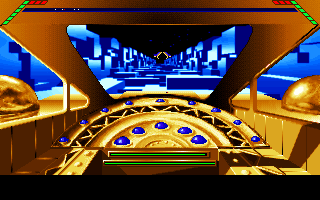 The control scheme is by mouse only. But it can feel a bit disorienting during the action and walking sections because the mouse control feels a bit stiff sometimes.

Luckily, the game isn’t too long and it uses passcodes for every stage.

So, how does Inca holds up to nowadays? Graphically, I would say yes, but the sections don’t transition well from one to another and the mouse control could be better. 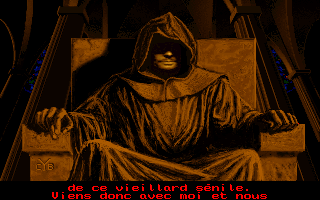 “Join me, and together we can rule the galaxy as…” Ooops, wrong sci-fi series.

Still with all the downsides, I found the game entertaining, with a great visual presentation and with an interesting storyline, albeit a bit bizarre sometimes. I recommend the CD-ROM version because not only has (badly acted) voice-over but it also has better music and it expands one of the later levels.

As far as I could search, there aren’t any remakes whatsoever. But I wouldn’t mind seeing a remake because I found the strange sci-fi premise refreshing, but the gameplay would have to be different, but still combining action with puzzle solving.

And you can play it here in your own browser. Try it out!

Well, what did you think of my first review of the year? Stay tuned for a big retro year full of reviews and nostalgia trips to the past. Have a great New Year with lots of gaming!